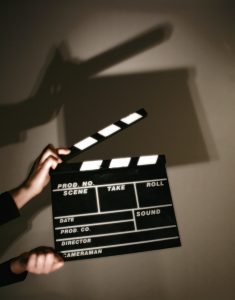 “How much does it cost to make a video?” OR “How much do you charge for a simple video?”

As a boutique Philadelphia-area production house, this is probably the most common question we get.

It’s a reasonable question. You want to make a video. Before anybody’s time is wasted, you want to make sure you’re in the ballpark. Unfortunately, unless the company does live events like weddings or bar mitzvahs where there is a consistent set of variables, it’s one of the most complex questions you can ask a video company because there is no such thing as a “simple video.”

At Crystalline Studios, we do some live events, but we also do TV commercials, comedy web videos, industrials, and promotional videos that vary widely in scope and complexity. The question becomes a lot like asking “How much is a car?” Without knowing your needs and budget, the sales person won’t know if you want to see a fuel-efficient sedan, an SUV, or a luxury sports car. Most people would agree, doing your research and getting the best value for your money is far better than blindly purchasing a lemon just because it’s the cheapest 30-year old clunker on the lot.

But what if you only have money for a clunker? You could probably make yourself a video for free if you have a cell phone. Just hit record, and upload the raw footage to YouTube! 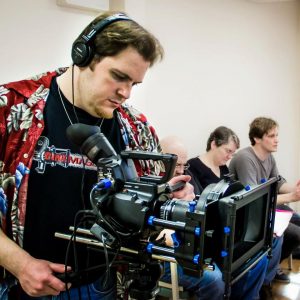 Of course, shooting on a cell phone or a webcam or even a $400 camcorder will not give the same results as using a crew with professional equipment and editing software. Without a professional microphone and audio technician, you might also have problems clearly hearing your message with only the in-camera mic – especially if you shoot outdoors or in a crowded room. Last, but not least, it is highly likely that your inexpensive camera and free editing software like iMovie will not be able to meet many commercial broadcast standards.

As per the OptiMind Review, a group of scientists have formulated this nootrpic supplement with optimind vs adderall optimal standards of safety and efficiency

We recently had a client – who was previously shooting their own promotional video but found a small budget to work with us on a couple of projects – walk into the room, see the pile of gear we brought and exclaim “Look at all that stuff! No wonder our videos looked like crap!” To some degree, it’s true: you get what you pay for.

If you are just looking to make podcast-style videos and vlogs, that’s okay! If you’ve never used a video camera before, you may want to try hiring a professional for a day to train you how to mic, light, shoot, edit, and upload podcast-style videos so your audience can at least see and hear your podcasts, until you’re ready to hire a professional company to bring your productions to the next level.
As for that next level… how much is a “real deal” commercial? On average, a national TV commercial done through an ad agency now costs about $325,000 to produce. That does not include the cost of running the ads on television, which varies from around $50 per spot to millions of dollars for the Super Bowl. Hollywood music videos usually start around $100,000, and top out over a million. The good news is, being based near Philadelphia and having accumulated an extremely talented and versatile team, we can do what Hollywood does with similar production values at a small fraction of that cost. Video productions at Crystalline Studios vary from $3,000-$120,000 in range, with the average project landing between $10-20K. Sometimes that covers one video, sometimes a dozen. It depends on the complexity. 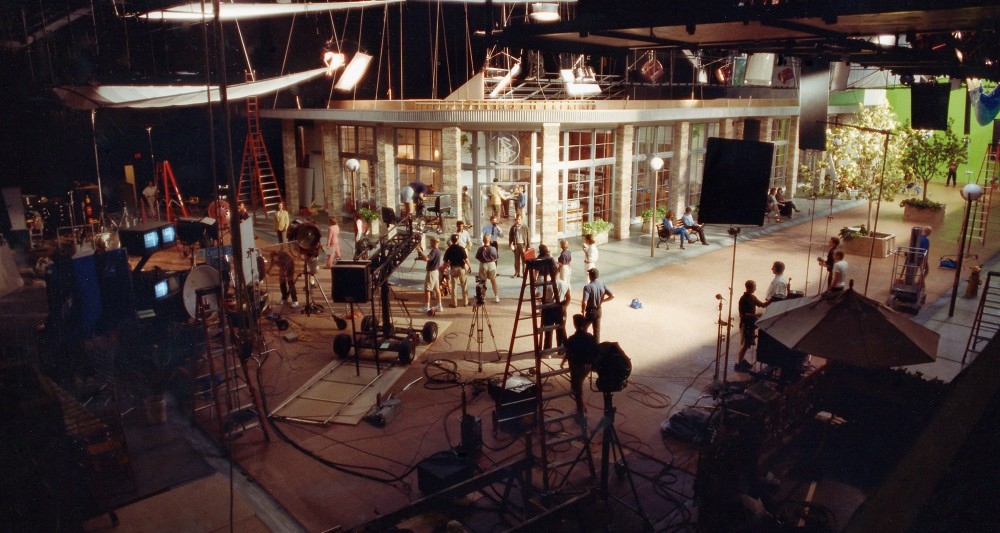 Why such a wide scope? Just as the cost of a car is based on variables like car size, engine speed and performance, features like four wheel drive, cruise control, and anti-lock brakes, and extras like seatwarmers and little TVs built into the headrests, video costs also vary based on the type of video in question, and what features are important to you. A one-take shot of your CEO talking to the camera for a TV commercial will likely cost less than a music video with five different locations, 50 choreographed extras, and fireworks. On average, a normal day of shooting requires us to bring 4-6 people on set (producer/director, camera op, lighting, sound, teleprompter, makeup), and a truckload of gear – to make sure even a simple shot still looks professional. 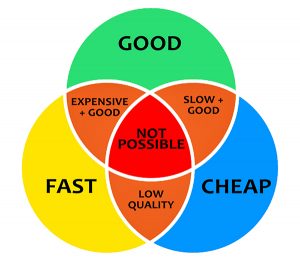 Then there is always The Project Triangle to consider when evaluating your video company. Especially true in creative industries, there is good, there is fast, and there is cheap. You can have two of the three, but never the whole trifecta. If a company is offering you the trifecta… take it as a warning flag and get out ASAP. Their definition of “good” is likely not yours.

On our end, we have become pretty good at offering the best value for the money, but we never want to be the company sacrificing quality just to give the lowest possible quote. Some companies will, and if you’re making your decision based solely on cost, you’re going to be rolling the dice with your end product.

So before we can answer the cost question, think about, and be ready to answer, the following questions most video companies will throw at you: length of the project, number of on-screen talent, number and type of locations, proposed script content, target audience, and questions about post-production elements like music, animation, graphics, special effects, sound effects, and overall editing pace (one long take for one minute will be far less time spent in post than fifty quick cuts).

Also consider, how much of the workload do you want to handle, a 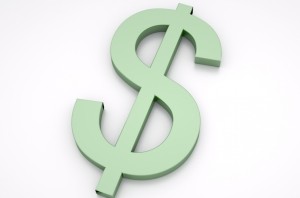 nd how much do you plan to assign to the production company? Sometimes a client will say to us “Beginning to end, we don’t want to lift a finger, let us know what it costs.” If that’s the case, of course we are happy to help! Other companies looking to keep expenses down prefer to ha
ndle pre-production elements themselves. If you as a client have written the script already, that saves us as the video company time (though some mild touch-up may still be needed). If you have perfect locations pre-secured, or interviewees pre-scheduled, that saves us time and money scouting locations, gathering permits, and organizing talent. Of course, sometimes there will be unforeseen events, such as the location being perfect for talent, but not large enough to accommodate proper lighting, or that crane shot you really want. All of these things require open discussion and planning between you and your production company.
We’ve found one of the most helpful questions we can ask a client these days is this one:

Do you have any examples of OTHER projects you’ve seen that you would like yours to look like?
Thanks to YouTube and other video sites, clients almost always do. Most people who approach us about a video in fact have a very specific video in mind that they saw, that inspired them to search for us in the first place. Some of our clients will send us links to a half dozen other commercials or music videos they’ve seen and loved, which lets us know a lot about what they consider important in a project, and also helps us narrow down which elements the client might like from which video, which in turn helps us prioritize and keep their costs lower. 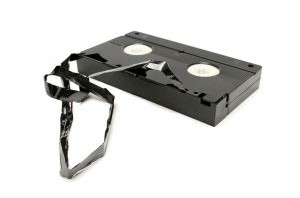 If the video company has been doing it long enough, they should be able to examine your sample project and break down the costs of each component to try to help you better understand the expenses involved. Sometimes things that look simple and minor, or even went unnoticed in the initial video (like jib, dolly, or steadicam shots) may be large budget items you choose to do without. Sometimes factors you might expect to be deal-breakers (like talent in place of your own companies’ employees), may not be as expensive as you fear. Allowing your video com
pany to hire professional on-camera talent will generally pay off in droves in the final product compared to what you might get with non-professionals.

If the client is going for something totally unique or has no examples to show, we usually ask questions like these before we give can accurately give you a quote: 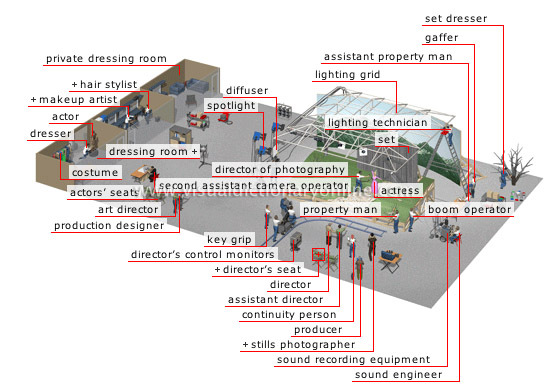 1) What kind of project is it? (TV commercial? music video? film noir? promotional video for Thailand?)

2) Do you have a concept already in mind, or do you want to sit down and brainstorm some potential concepts?

4) Do you have all your talent (and do they have any experience on camera), or would we be providing any/all?

5) How long is the script (or song, if it’s a music video)? If there is no script, how long do you want the running time to be?

6) How many locations do you envision? What types of locations are they? (Beach house? Office? Sports car? The moon?) Do you have them already or would we be finding them?

We always prefer to talk this stuff through in a phone conversation or in person, because any answer may uncover two more questions, and if done via email, it may be an extended email chain taking up time that could better be spent writing up a proposal.

So if you are in the market for a video, prepare some answers to the above before you contact the video company. Most video companies are not out there to trick you or gouge you, they simply need more information to answer your question and do their jobs. They are asking because, as with any creative industry, the sky is literally the limit. The video company simply wants to make your project the best it can be without breaking the bank. If you can’t afford Will Smith, don’t act as though you can. The company will end up writing up a proposal which will be instantly rejected by you as outrageous, and then you have to start all over again.

Don’t be afraid to shop around, but once you’ve located a company you like, and you are confident they are capable of meeting your project’s needs, don’t be afraid to let them know what those needs are. Like all other productive business relationships, approach it from a perspective of trust, and it will pay off, time and time again.

As for us, once we have the sort of information listed above, we can work with you from there to determine the perfect way to accomplish your project that fits into your budget. And if we can’t, we’ll at least be able to tell you that. 🙂